As you might assume, B.K. and I are big believers in female friendships. We got to know each other back in elementary school, when you had “best friends,” and she has kept that title for decades. Old friends, new friends, family who are friends, friends who are family–that’s often what gets us through.

As we begin Eden 4, the question arises, Who is Jaime’s best friend?

So far, we’ve seen her off on adventures, not even getting a snapshot of her stateside, or in a house that’s not a hooch.

We’d like your thoughts about just who Jaime would choose as a best (female) friend.

Is she also in the military?

Is she a high school friend who now has a family and runs a farm stand?

A high school friend who has become Lara Croft (and Jaime feels her life pales in comparison)?

Is it her brother’s wife? The sister of her high school boyfriend from BEYOND?

We’d love to know your thoughts. Please leave them in comments on this post–and you might have created a new character!

Jaime and Yani show up

We had to back in to working on Eden 4. By that I mean we started with “just the facts, ma’am.” 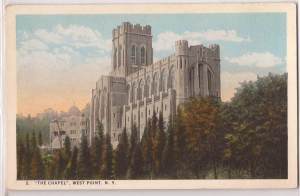 Each book covers the space of 3 to 4 days. So, which three to four days were we looking at? Book 3, TREASURE OF EDEN, ends on January 29, 2007. So, on a sunny winter day at West Point, we pondered: Do we pick up with J & Y shortly after their return from Eden, or do we skip ahead to present day?

One of the great things about working with B.K. is her thought processes. She can think like a novelist, she can think like a chaplain, she can think like an Army officer. To that end, a major component of the Eden bible (ironically titled, I know)  is the arc of Jaime’s military career—when she is promoted and where she is posted thereafter.  B.K. understands why the military sends chaplains of certain ranks and expertise where they do. So the vast majority of where Jaime is posted is what makes sense; the deciding factor is what would be  fun for us as authors.

And, more specifically, what would give us some juicy prospects for plot and character situations and interactions.

B.K. and I  know, in broad terms, the next arc of Jaime and Yani’s relationship, and the challenges they encounter.  So, having decided Jamie’s next promotion and where she’d end up after her deployment in TREASURE, and when those all-important 3 days would be, we started talking about the “character opening” of the book. Unlike the “plot opening,” which sends the plot roaring off, the “character opening” is where we find our heroes, what they’re doing, the challenge they’re up against, and what is likely driving Jaime  crazy.

So here is the inside scoop: Book 4 will take place in November of 2007. At least three other characters from the first trilogy will show up in the first “character” scene. They won’t all necessarily be thrilled to see the others. It’ll be great fun (for us, if not for them).

As the scene started to solidify, B.K. and I went out for Mexican food. And that’s when Jaime and Yani showed up. It was entertaining, knowing what Yani would orchestrate to drive Jaime crazy—but in a loving way, of course. What is Yani’s Terris identity? Who do Jaime’s friends think he is? Who ARE Jaime’s friends?

It was only then that the characters started talking back—to us, to each other, to themselves. And, hallelujah, they were as full of piss and vinegar and life and humor and craziness as they were when we finished TREASURE.  I recognized the voices immediately.
Fortunately, Jaime brought a muse  into the colorful, chilly Mexican restaurant with her. Or maybe it was the glass of Sangria. But suddenly I saw them talking and laughing and arguing and stomping around, and could only hope they’d wait till I was near a computer or a piece of paper before they kept going. I think B.K. felt the same thing.

Jaime and Yani were back, and, like good friends you’ve been missing, it was great to see them. And to know, once again, it would be all B.K. and I could possibly do to keep up.