A sunny day in my old Upper Village apartment in Manhattan. But  something is amiss: nefarious forces are at work, 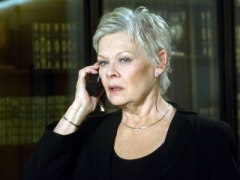 trying to take over the country.  Fortunately, Judy Dench appears to bring me to the group of resistance fighters uptown.  “We can’t take a cab,” she says. “Kanye is midtown, and they’re not letting anyone through.” So we get into her helicopter. She flies it like a madwoman (perhaps because she doesn’t see so well), but we  make it safely to the meeting of a professional writers organization. It turns out, we writers  are the resistance organization—under the guise of writing fictional plots, we will instead be saving the country. Yep. My fellow novelists, willing to risk their own lives.

I didn’t get to hear the whole plan, because my dog woke me up.  But THIS is one way I know I’m back, working on a thriller.

B.K. and  originally planned that the fourth book would be Serpent of Eden, the book that takes place IN Eden when Jaime first arrives, in between books one and two (Chasing and Beyond). And we worked on it. We have the first 75 pages. We know all about Eden; we have maps, and topography. We understand  the basic engineering of how it runs, and the differences between life in Eden and life in the Terris world. We knew what happened between Jaime and Yani, and the other  surprises in store for Jaime.

What never felt right, at least to me, was the tone of the book. B.K. and I billed it between ourselves as a “gentle mystery.” But what did that mean? We knew plot-wise, but tone-wise?  Was it like a “cozy” set in Eden? Or was it more like Lost Horizon?  Honestly, I don’t think it’s that we’ll never figure it out. I think it isn’t time yet.

So a year ago, after the e-book versions took off and just kept going, B.K. and I decided Eden 4 would be a thriller, the next in line after Treasure. And yes, because we are comfortable plotting them in three book arcs, likely the first of the second trilogy.

FINDING B.K. TO WORK WITH HER

One of the most interesting things about writing with B.K. is the setting in which we find ourselves. See, she has this other job. And it keeps her so busy (and she is so good at it), that we can only meet to intensively plot books when she takes leave. Usually, I also have to fly somewhere around the world to meet her.  Once things are rolling, we’re good by email and/or Skype. In fact, the second two books were mostly written while she was deployed to war zones. I worried it would be too much for her, but she claimed it gave her another world to escape to when she came back to her hooch at night to decompress.

And we did write Chasing after her first OIF deployment, when she was back Stateside. We started it in the rental house at Lake George, and continued in her Miata on the way home. We’re really really good at plotting in vehicles. We finished up CHASING in a boat going down the Rhine in Germany (after a lunch at a castle perched so precariously that we would start to roar up, and slide back down, and roar back up.) 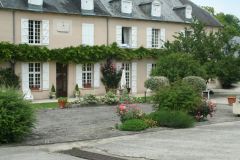 We plotted most of Treasure when I met her for a very moving series of wreath-layings and memorial services to celebrate American Memorial Day, in the Champagne region of France. There were still old men who’d fought in WWII, and those who remembered being liberated by the U.S. It was very touching. We fought our way through the plot while staying in a chateau turned b&b, that of course wound up in the book at Mark Shepherd’s house. But I remember hours of driving through the most magnificently stormy French countryside wrestling with the plot. (And also thinking, “if our 6th grade French Underground selves could see us now!”)

Yes, settings from our writing jaunts usually turn up in books. However, often, I have to send B.K. in by herself to get the real scoop. Here she is at the Second Sister, in the ruins of Ur, noted in Chasing.I also sent her to Baghdad Airport, Camp Anaconda, and various other Iraqi locales. Good thinking on my part, let me say.

So now, B.K. is once again taking leave to work on the plot. This time, I’m driving to her current posting, which, cue the (Army) band, is not only in the same country and the save time zone, it’s 45 minutes from my house!

It’s in West Point, New York, attached to the Cadet Chapel. Yes, with secret bookshelves that swing out and secret rooms with lepers’ windows. That’s where we’re working. Off a Gothic, wood-paneled hallway in a sunny room with a fire in the fireplace, and two dogs settled in for the long haul. Of course we are.

Jaime and Yani (and a few other recognizable folks) show up…

Jaime and Yani show up